TRIUMPHANT RETURN: Plans and the Dilemma of What to Share

(This post was originally published on April 4th. I made the mistake of reverting it to a draft and had to republish.) So…long time, no see. In fairness, I’ve been working on various things behind the scenes lately and reading (you can always follow me on Goodreads, though I’ve been trying to use StoryGraph more for my TBR) but as per usual SCHOOL took over, this time as a teacher instead of as a student. And…that has been a general problem for my life, so I’m glad to report I’m… Read more TRIUMPHANT RETURN: Plans and the Dilemma of What to Share →

The Year We Fell From Space: Mental Health and Surrealism in Middle Grade

Liberty Johansen is going to change the way we look at the night sky. Most people see the old constellations, the things they’ve been told to see. But Liberty sees… Read more The Year We Fell From Space: Mental Health and Surrealism in Middle Grade →

Well, I haven’t done some booktalking or reviewing on here because I thought I would catch up on some other stuff…and then I also failed to do said other stuff.… Read more Productivity is Hard →

I’m behind because I was busy doing the 2017 TV and music wrap-ups (and also I left out The People vs. O.J. Simpson on the TV one! oh no!), but finally, here’s my 2017 reading results, my favorites from the year, and 2018 plans! The Stats According to Goodreads, I read a total of 67 books, although that isn’t completely accurate as I explained here…basically, some of the books I counted I read most but not all of for school, but I definitely read enough articles and short stories that… Read more 2017 Reading Wrap-Up, Favorites, and 2018 Plans →

I’ve been thinking about Shakespeare a lot recently–I’ve been getting into theater, I saw Something Rotten and read Twelfth Night this summer, I’m getting deeper into learning to teach English, and now my brother’s in high school and will be reading Romeo and Juliet this year. When I heard that last item, I was a little disappointed…I saw a production of it my freshman year of high school, and there’s certainly a lot of dramatic momentum and memorable words, but it’s gained a bit of unfair stigma as a trivial,… Read more Teaching Shakespeare: Best Play to Start? →

My Goodreads Challenge is Inaccurate, and That’s Okay

I set a Goodreads goal this year to read 60 books. In 2014 and 2015, I had a goal of 50 and exceeded it by a few, so last year it was truly a challenge, by not an unreachable one. Unfortunately, I didn’t quite make it because when I went to college my reading dropped off because I wasn’t spending too much time alone and I didn’t have to read many books for class (mostly short stories). This year I’m trying for 60 again and so far I’m a 40–2/3… Read more My Goodreads Challenge is Inaccurate, and That’s Okay → 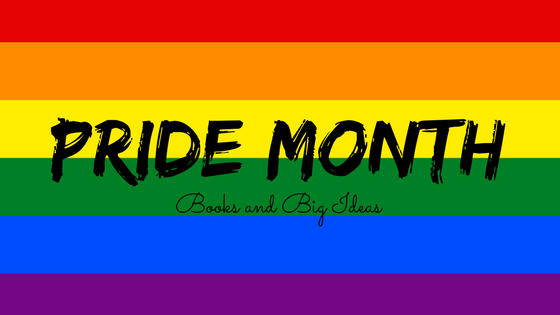 LGBTQ Kidlit, Schools, and Me

I meant to publish this in April, but then I chickened out because suddenly there was so much to cover from the news that was related to this topic. So… Read more LGBTQ Kidlit, Schools, and Me →

I admit, Pride Month totally snuck up on me, and I didn’t make the connection between June, reading queer books,  blogging, and general pride. At first, I was like, “Oh,… Read more Pride Month Plans and Thoughts (TBR + More) →