I like talking about much more than books, so I’m glad Sarah from Book Hooked Nook tagged me in the Anything But Books Tag! Check her out!

I’ve never been too much of an avid cartoon watcher, but the Winnie-the-Pooh TV series and movies/videos were always my favorite and I still love it!

Q2: What is your favorite song right now?

I’ve been on a musical kick for like a year now, and right now I’m wowed by “Origin of Love” from Hedwig and the Angry Inch (specifically the Neil Patrick Harris version)…I still haven’t listened or watched any of the rest of it, but this song is just a BEAUTIFUL rock song mash-up of mythologies with great lyrics. And then I’m also obsessed with “What Would I Do?” from Falsettos (2016 revival recording specifically) because ALL THE EMOTIONS and THOSE NOTES.

Sadly there aren’t any official performance videos of these, though Falsettos will be on PBS later this year!

Q3: What could you do for hours that isn’t reading?

Q4: What is something that you love to do that your followers would be surprised by?

I don’t know if this is surprising, but I can speak a good amount of French! I took it all 4 years in high school, full-immersion, and even though it’s been a year and a half I think I still remember a fair amount. I can at least read and understand it and communicate decently, probably. I hope to take a trip to France when I’m student teaching in England in a little less than 3 years!

Q5: What is your favorite, unnecessarily specific thing to learn about?

Haha, I feel like this covers basically all of my interests. Here’s some: Postmodernism, espeically literature and TV. TV history and how the business and storytelling collide. All the ways different versions/performances of musicals or other theater pieces differ from each other based on (probably) scant footage and performances on the Internet. The history and art of the HIV/AIDS crisis.

Q6: What is something unusual that you know how to do?

I’ve bowled most of my life and even though I’ve had my struggles with it, I’d say I know how to bowl strategically! Which ball to use, where to stand, how to adjust, etc.

Q7: Name something you’ve made in the last year?

I wrote a short story for a class that got workshopped and revised, and I sent it off to Harmony Ink Press’s Young Author Challenge, and I made it into their anthology! It’s going to be my first official (and paid!) published work and it’ll be out in October. I’m sure I’ll be talking about it again later.

Q8: What is your most recent personal project?

In addition to a couple writing projects, I’m planning to start making videos/YouTube soon. I want to do both educational videos and tips/recommendations (such as for studying and organization) that might require more of a visual. It’s something I’ve wanted to do for a while, but I don’t think the traditional booktube is for me…though I’m sure books will always be there

Q9: Tell us something that you think of often

Right now: FALSETTOS (see #2 above. Also, this post). Like, not only are there a lot of motifs you notice as you listen to it more and more that are commentary on gender roles and revealing of complex characterization, but it’s also so catchy? Well, and emotional. But still often fun and worthy of dancing around the house to.

Q10: Tell us something that’s your favorite, but make it oddly specific

I really love dogs, but specifically, I love MY dog!! 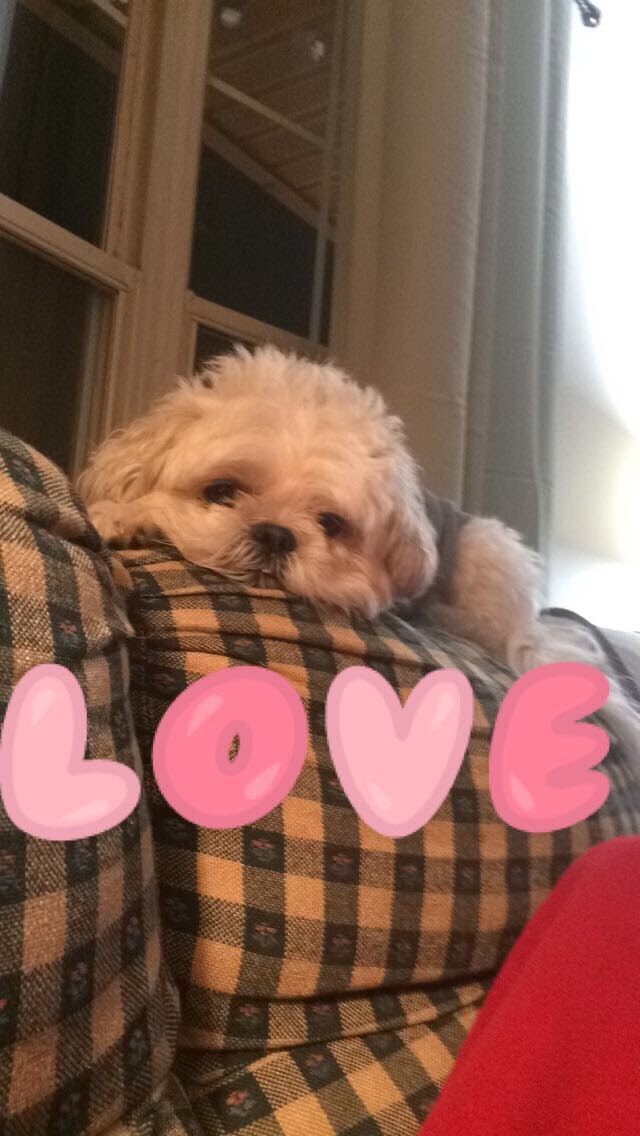 And anyone else who wants to do it!

19 thoughts on “Anything But Books Tag”